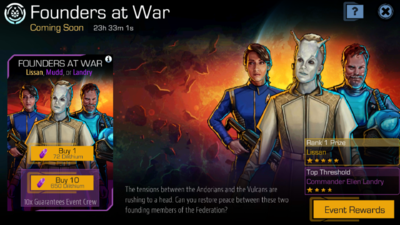 The tensions between the Andorians and the Vulcans are rushing to a head. Can you restore peace between these two founding members of the Federation?

For the second phase of the event, the Romulan Star Empire and Federation will the competing against each other.