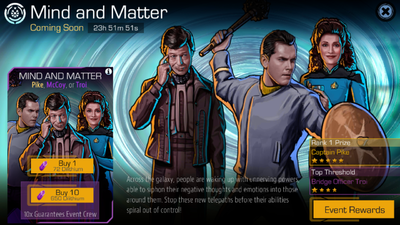 Across the galaxy, people are waking up with unnerving powers, able to siphon their negative thoughts and emotions into those around them. Stop these new telepaths before their abilities spiral out of control!

People across the quadrant have begun manifesting the same psionic abilities once displayed by Ves Alkar: the ability to transfer negative emotions onto others, a painful and ultimately fatal experience for the recipients. These newly telepathic individuals must be stopped before their powers take a fatal toll on those around them, but it will take extraordinary measures to contain them. [1]