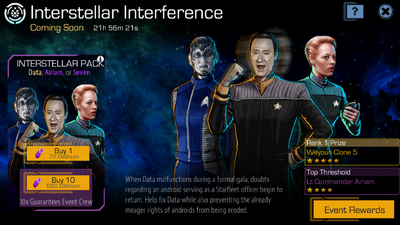 For the second phase of the event, the Federation and Augment factions will the competing against each other.

When Data malfunctions during a formal diplomatic gala, old prejudices against androids return. Join other inorganic beings to restore Data and fight for his right to both sentience and a career in Starfleet. [1]