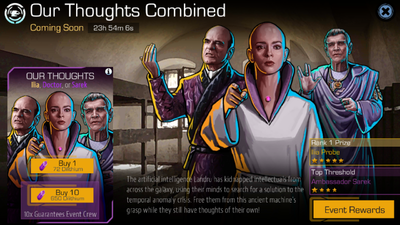 The artificial intelligence Landru has begun kidnapping scientists, inventors, and other intellectuals to help it calculate a solution to the temporal anomaly crisis. While Landru’s goals may admirable, Starfleet cannot allow free-thinking citizens to forced into its experiments. It will take extraordinary courage - and cunning - to free Landru’s captives from the vast intelligence of their “host”. [1]