The Trouble with Klingons 3 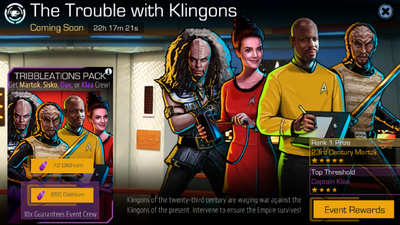 The Trouble with Klingons 3 Faction Missions

For this week’s upcoming event, which is a rerun Faction Event, we decided to include our most famous Klingon, the one you love to hate, the one and only 23rd Century Martok! [1]