For the first run of this event, see The Daystrom Award 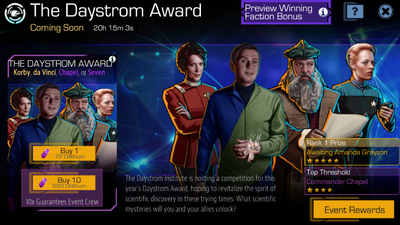 The Daystrom Institute is hosting a competition for this year's Daystrom Award, hoping to revitalize the spirit of scientific discovery in these trying times. What scientific mysteries will you and your allies unlock?