For the first run of this event, see Season of Love 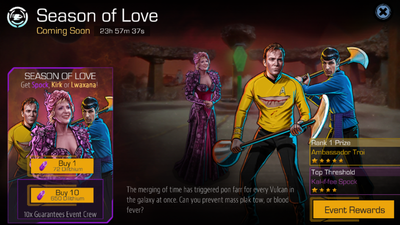 The merging of time has triggered pon farr for every Vulcan in the galaxy at once. Can you prevent mass plak tow, or blood fever?